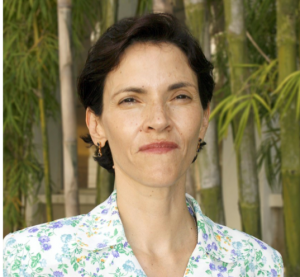 | The COVID-19 pandemic is likely to transform our behaviors, attitudes, and policies in many areas. For the sake of overcoming the public-health crisis and enabling economic recovery, one must hope that water and wastewater management will be among them.

Delivering clean water and ensuring proper wastewater management has been a global concern since the late 1970s. Significant progress toward this objective was made during the 1980s, which the United Nations declared the International Drinking Water Supply and Sanitation Decade. But the ultimate goal – to ensure that every human on the planet had access to clean water and sanitation by 1990 – was not achieved.

The world tried again in 2000, with the less ambitious Millennium Development Goal (MDG) target of halving the share of the population without sustainable access to clean water and sanitation by 2015. This time, the UN declared victory, but included anyone with access to water at all – clean or not.

The Sustainable Development Goals (SDGs), adopted by the UN’s members in 2015, were supposed to pick up where the MDGs left off. Again, the target is clean water and proper sanitation for all. The deadline this time is 2030. But, as in the past, the barriers to success are formidable.

When the SDGs were introduced, the UN estimated that 785 million people worldwide lacked access to “even a basic drinking water service.” The true number is probably far larger. According to UNICEF and the World Health Organization, some 2.2 billion people do not have safely managed drinking water services, and 4.2 billion do not have safely managed sanitation services.

Contaminated water and poor sanitation are linked to transmission of diseases – such as cholera, diarrhea, dysentery, hepatitis A, typhoid, and polio – that affect hundreds of millions of people every year. Making matters worse, nearly 25% of health-care facilities worldwide lack even basic water services.

This is not a developing-economy problem. In the United States, for example, two million people do not have access to piped water. Moreover, the water that people do receive often does not qualify as clean or safe: the high-profile cases of Flint, Michigan, and Walkerton, Canada – where people are suffering long-term health problems, and even premature death, owing to contaminated water – make that abundantly clear.

Not surprisingly, such incidents have eroded trust in water utilities. Today, at least 3.5 billion people worldwide – in both developed and developing countries – lack confidence in the quality of the water they receive. In South Asia, with over 1.7 billion people, there is not a single town or city where people trust their water utilities. Those who can often rely on bottled water or point-of-use water-treatment systems.

The COVID-19 crisis could be a turning point. Yes, universal access to clean water and sanitation has been on the world’s radar since the late 1970s. But the current pandemic has made it a universal interest. While frequent hand washing is widely regarded as one of the most effective ways to prevent the transmission of COVID-19, the UNICEF/WHO estimate implies that three billion people worldwide lack the facilities to do so. And with the pandemic underscoring the link between clean water and public health, the bar for what qualifies as “clean” has been raised.

The COVID-19 crisis is also changing how people think about wastewater – a resource that has been grossly undervalued in the past. As some cities have recognized, properly treated wastewater can be channeled toward human, industrial, agricultural, and environmental uses. Wastewater is also a valuable source of energy, but very few utilities worldwide use it that way.

Overall, developed-country cities have a much better record when it comes to collecting and treating wastewater. But even they are not realizing its full potential. As the WHO has noted, analysis of wastewater’s composition can provide reliable information on pathogens and chemicals at the population level. In 1989, Israel introduced wastewater surveillance to measure the spread of poliovirus strains that could cause poliomyelitis.

Now, wastewater analysis is emerging as an important way to assess community spread of COVID-19. Contaminated untreated wastewater itself does not appear to pose a transmission risk. But it offers a means of gauging infection rates in communities, and a possible early-warning system for new outbreaks.

In the Netherlands, traces of the COVID-19 coronavirus were detected in untreated wastewater six days before the first case was reported. Traces were detected in untreated wastewater in the Swiss city of Lugano when only one case had been confirmed, and in Zurich after only six infections. Wastewater surveillance showed that community transmission in Valencia, Spain began earlier than previously believed.

Australia, which has also detected the virus in untreated wastewater, now plans to carry out routine testing to anticipate outbreaks. Tokyo has already begun to take weekly samples from untreated and treated sewage. Samples from 15 sewage treatment plants will be frozen and stored until methods for extracting and analyzing the virus are established. In Singapore, the National Environment Agency has initiated a pilot surveillance program to screen wastewater samples. Crucially, such approaches can work only in places with effective wastewater collection and management.

It seems likely that the COVID-19 crisis will increase demand for cleaner, safer water and more reliable and effective wastewater treatment everywhere. This could accelerate progress toward the SDG on water and wastewater. But success is far from guaranteed, not least because the pandemic also seems to be strengthening another trend: declining trust in public institutions. Changing this will require water utilities all over the world to improve their management and communication practices significantly.

Cecilia Tortajada, editor-in-chief of the International Journal of Water Resources Development, is a senior research fellow at the Institute of Water Policy at the National University of Singapore’s Lee Kuan Yew School of Public Policy. Asit K. Biswas is Visiting Professor at the University of Glasgow.

| All opinions expressed are those of the author. investESG.eu is an independent and neutral platform dedicated to generating debate around ESG investing topics.

IMF: How COVID-19 Will Increase Inequality in Emerging Markets and Developing Economies